The first public marker in an Australian Capital City recognising the frontier wars was formally opened in Melbourne yesterday.

174 years after the hanging of Tunnerminnerwait and Maulboyheenner, the first men hanged by the Government in Melbourne, and 8 years after Greens Cr Cathy Oke first commissioned the exploration of how to commemorate these two Tasmanian Aboriginal men in one of her first acts as a new Councillor in 2008, a public commemorative marker is finally part of Melbourne’s public realm; a place for for everyone to experience, reflect and learn.

Almost 8 years on, I was extremely proud today having advocated on behalf of a very committed group who worked tirelessly for a very important story to be remembered in a meaningful way.

Tunnerminnerwait and Maulboyheenner were the first people hanged in Melbourne, found guilty by a court for the murder of two whalers in Western Port, in an apparent act of resistance to settlement and colonisation. This was January 20 1842, seven years after Melbourne was colonised.

Their execution was the biggest story of the day when it took place, with the backdrop of the subjugation of Tasmanian Aboriginal people. It is a complex story to unravel; and one that I was not aware of when I was first elected a Councillor at the City of Melbourne despite its significance in the history of Melbourne.

Why isn’t theirs a story more people are familiar with? We all know the story of Ned Kelly or Burke and Wills; but for most of us, our understanding of Indigenous history during colonial times is poor.

Persistence over many years paid off, with Councillors unanimously agreeing to have a permanent marker placed at the site of their public execution on Franklin Street near the Old Melbourne Gaol; and for a robust process of research and artist selection overseen by Council staff, a working group and Cr Rohan Leppert.

Today artwork by Brook Andrew and Trent Walter, Standing By Tunnerminnerwait and Maulboyheener, was unveiled. Through tears today I saw a beautiful and meaningful memorial reflecting the extraordinary generosity of the Tasmanian descendants of these two men, the T&M Commemoration Committee led by Dr Joseph Toscano, the traditional custodians of the land they were executed, the amazing research paper by Clare Land and that of Kate Auty & Prof Lynette Russell and the dedicated staff at the City of Melbourne.

This, first of its kind in Australia, is a place for reflection, consideration, remembrance and hope. Hopefully, this small, but important and significant, step by the City of Melbourne will help keep this part of our history alive in our collective conscience, but also allow us to consider what still needs to be done to properly recognize our First Peoples.

Change can be incremental, but it’s my hope that the story of Tunnerminnerwait and Maulboyheenner will be remembered, discussed, debated and celebrated, alongside hundreds more stories yet to be heard.

I’d encourage anyone with an interest in Aboriginal heritage to read the Tunnerminnerwait and Maulboyheener research paper. Find out more here.

The Age has covered the opening of “Standing By Tunnerminnerwait and Maulboyheener”. 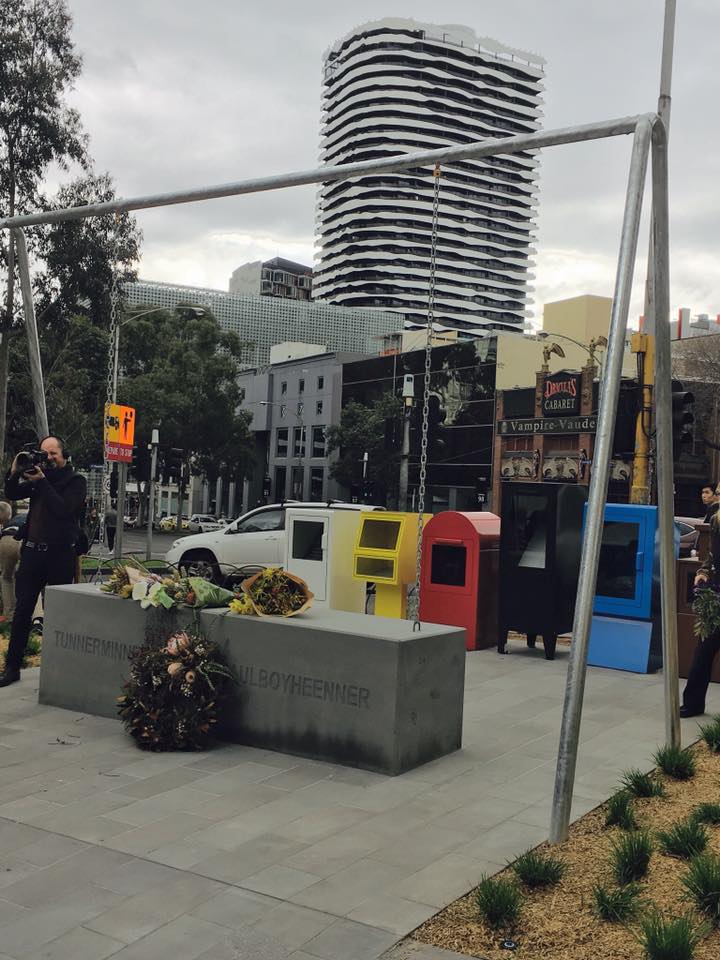 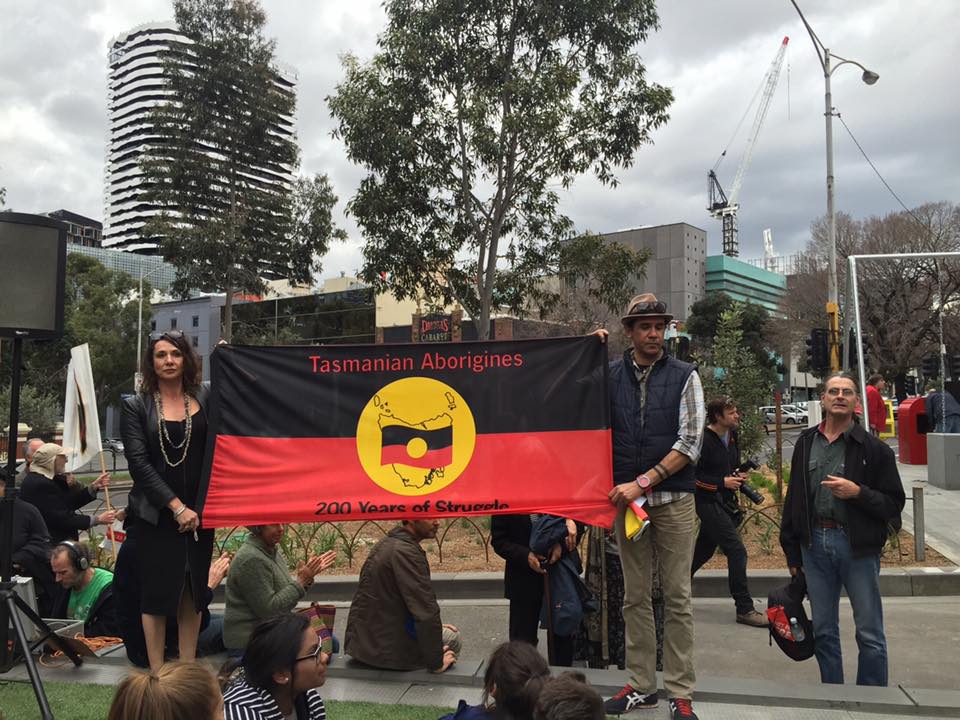 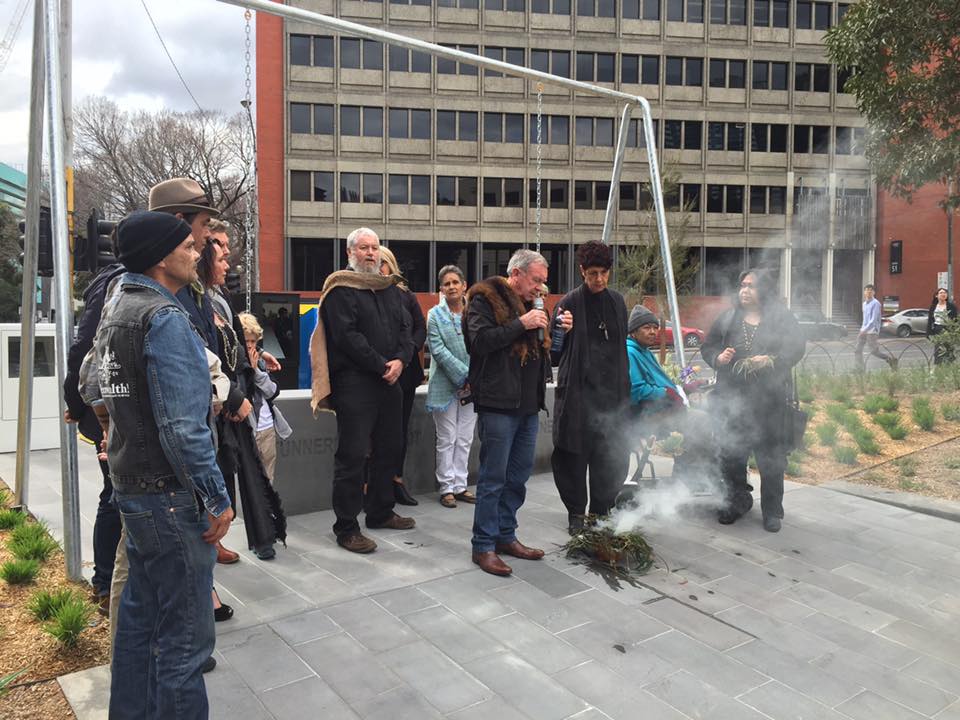 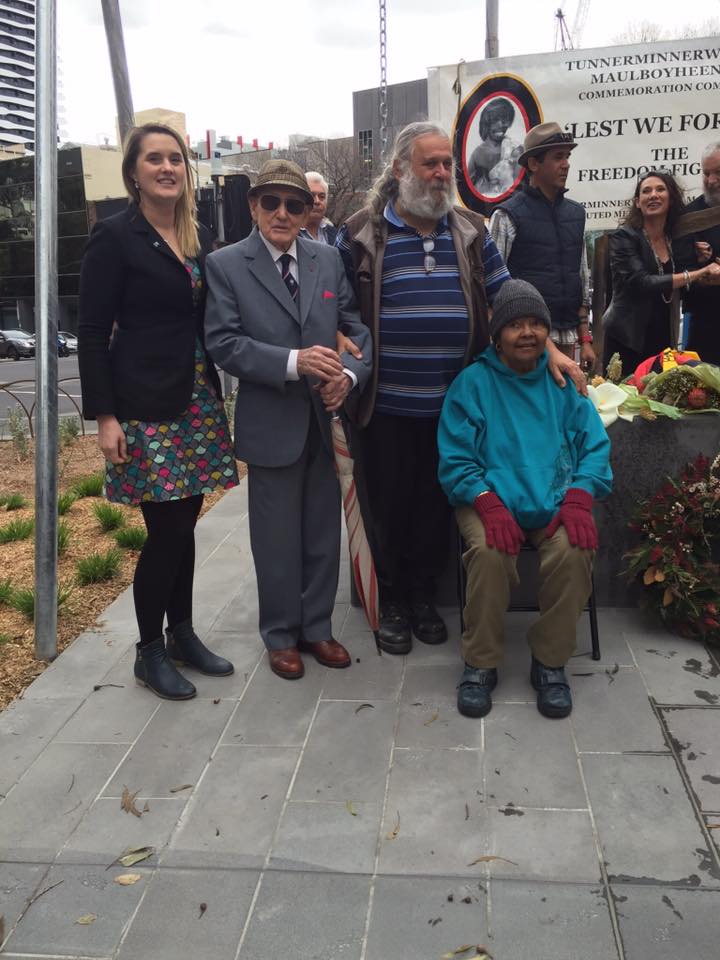 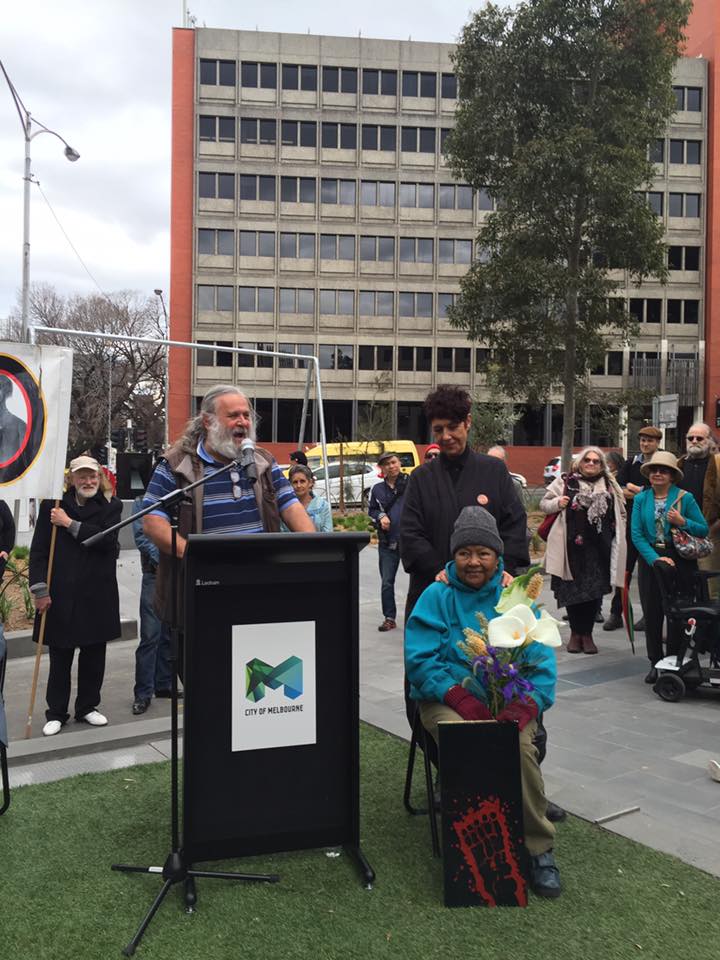 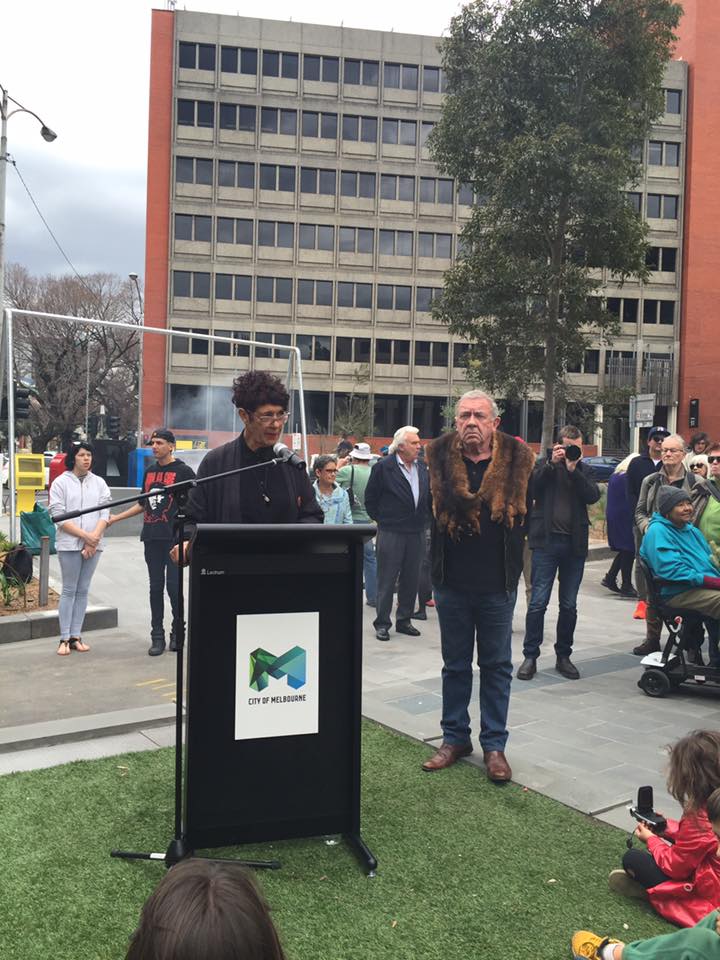 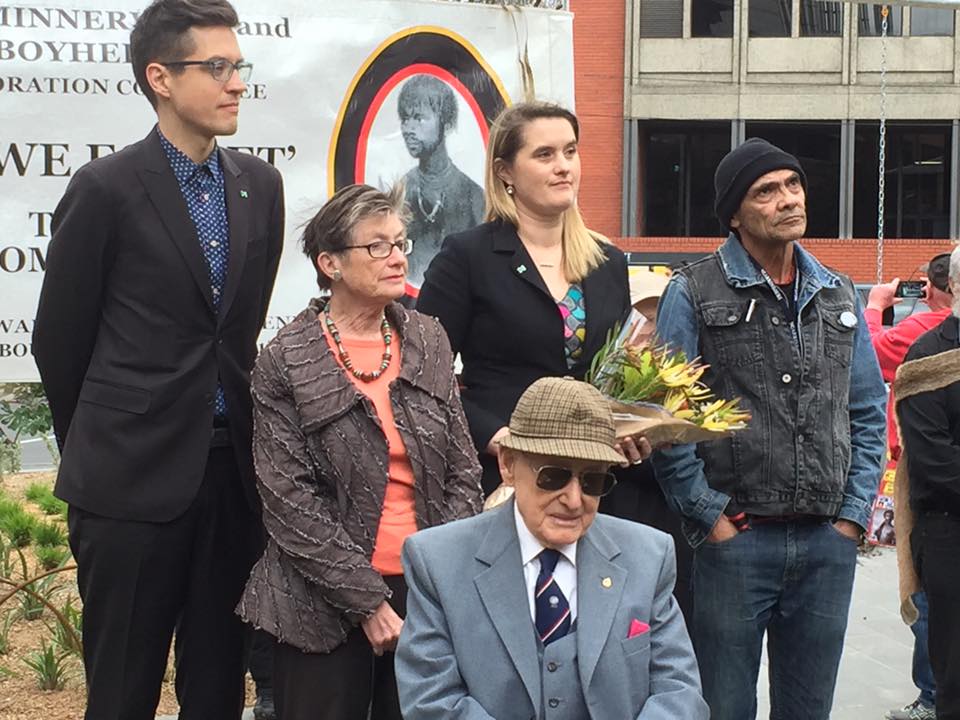 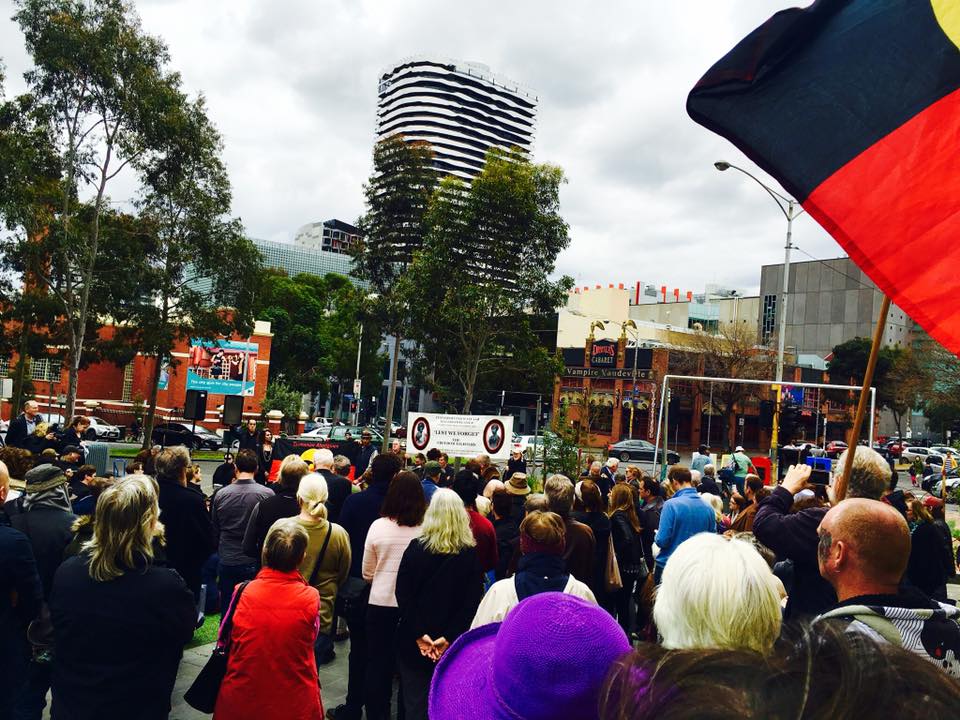 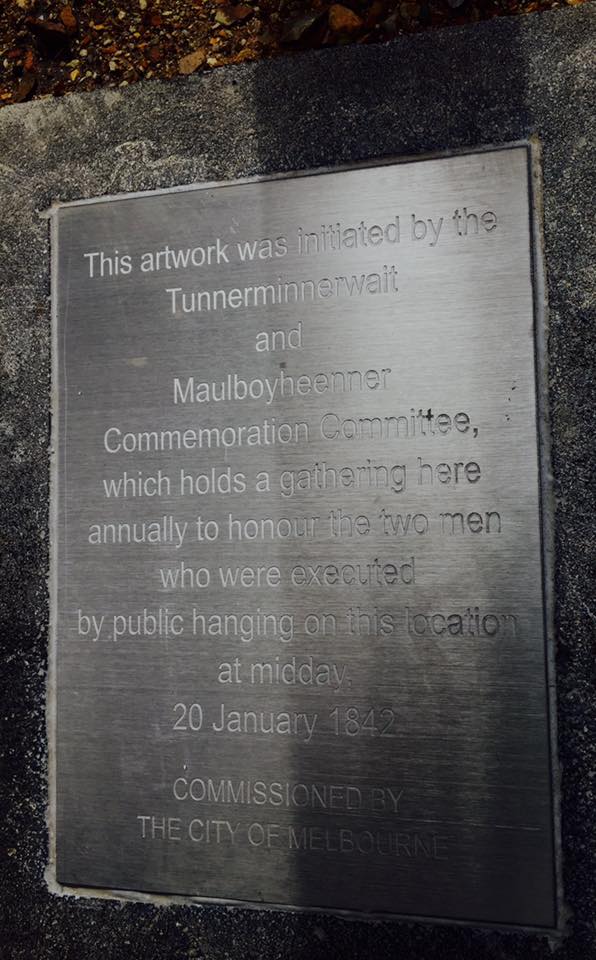 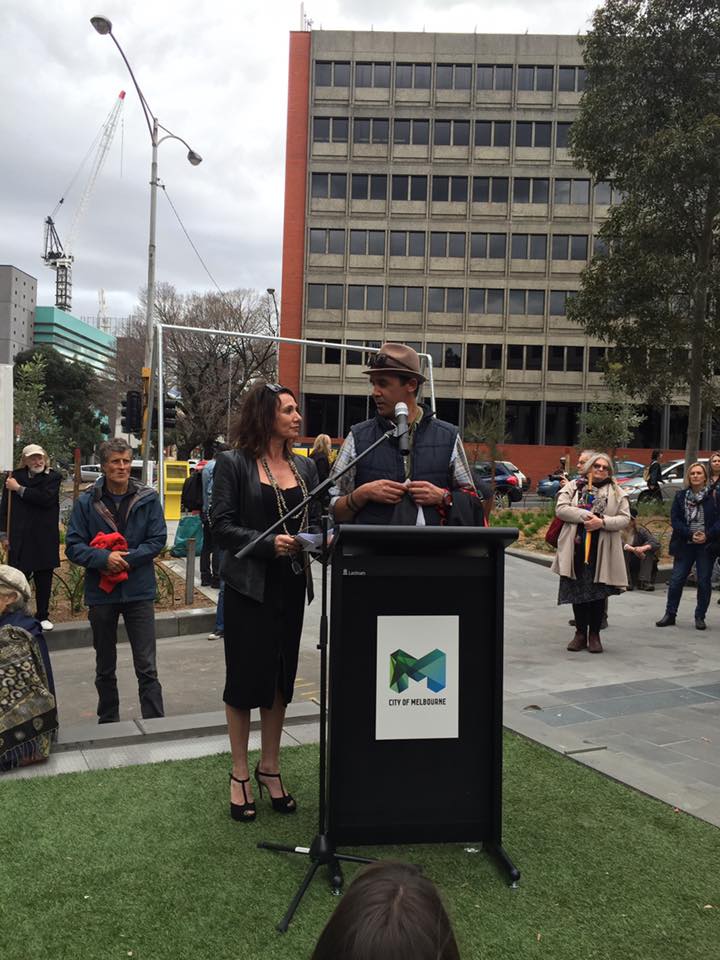 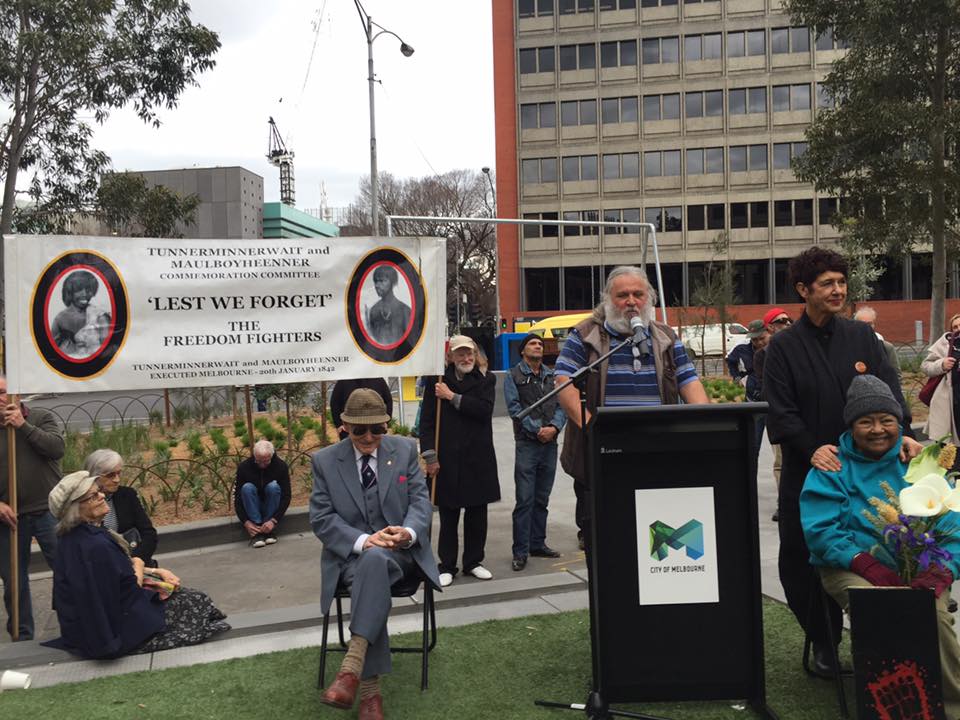 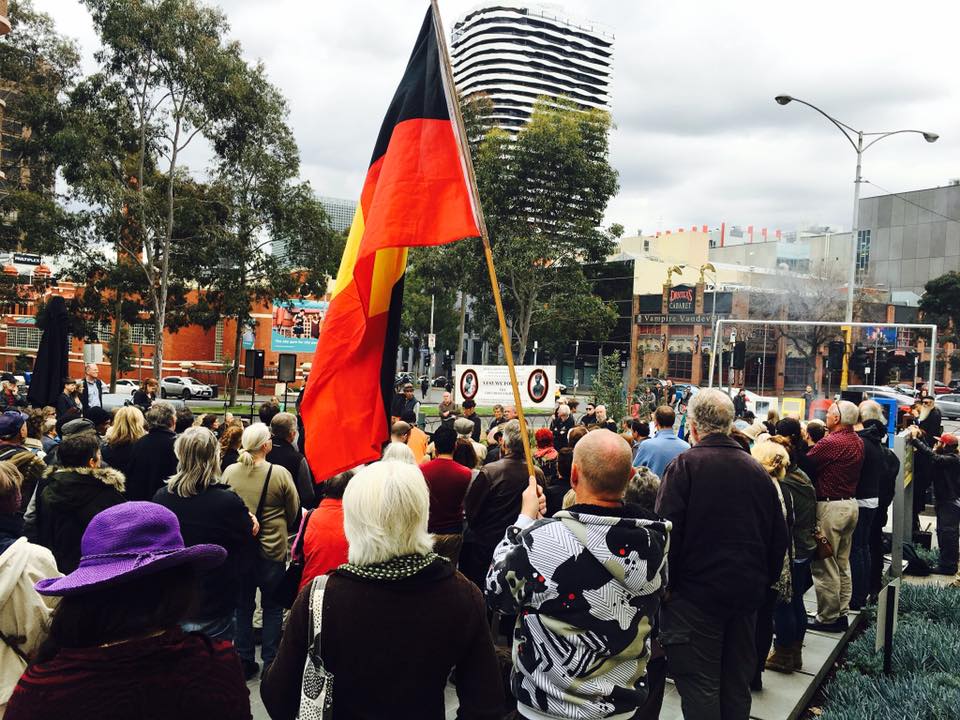