Music Victoria has surveyed Council candidates across Victoria, and the results of the survey reveal The Greens on Melbourne City Council to be the strongest live music champions and most effective live music policy-makers in the state!

The Greens have been champions of live music and of venues, musicians and workers across the live music industry over the last eight years of Council. Specifically, Greens Councillors Cathy Oke (2008-16) and Rohan Leppert (2012-16) have:

There are plenty of challenges facing musicians in central Melbourne, not least of which the increasingly expensive living and working costs. This has an effect on musicians, but also on the creativity of the inner city generally.

City of Melbourne Arts portfolio holder (and musician!) Cr Leppert moved a motion in August this year to adopt Melbourne’s Arts Infrastructure Framework. The framework will provide for the development and renewal of infrastructure to support artists and creative practitioners to work, create and present in the City of Melbourne. It’s the first of its kind in Australia, and aims to elevate creative infrastructure to the same level of recognition that community infrastructure enjoys in planning tools and strategic plans.

Greens on Council are working harder than ever to keep Melbourne a truly creative city, and a place that embraces and supports its musicians and artists. 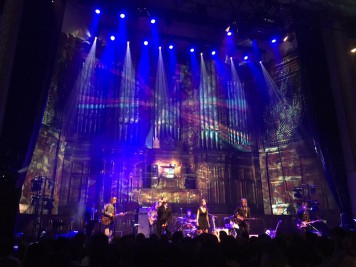